Repetitive transcranial magnetic stimulation is one of several tools used in the new rapidly evolving field of therapeutic neuromodulation. The brain can be viewed as an electrical organ. Neurons (brain cells) communicate with each other via electrical-chemical signals. Each neuron is physically connected to; ten thousand other cells, on average. Various medical conditions will alter these connections and lead to regional imbalances in the metabolic activity of neurons.

Therapeutic neuromodulation’s goal is to modify the metabolic activity of neurons in certain areas of the brain. It does this by applying small focal electrical currents to specific area of the brain. It can do this through brain implants, applying direct current to the scalp or via an electromagnet such as in repetitive transcranial magnetic stimulation (rTMS). The electromagnet is essentially a large butterfly shaped coil. When a current is passed through the coil a magnetic field is generated. By holding the coil to the scalp and switching the magnetic field on/off it can induce a small focal electrical current in the cortex (superficial layer of the brain). With repetitive stimulation you can induce a long lasting (several months) change in the metabolic activity of the neurons within the area being stimulated.

Depending as to which area of the brain is stimulated rTMS has been found to be beneficial therapeutically in a growing number of medical conditions.

To get in touch

What Do Customers Say?

“I have been fascinated by the incredible responses that we have had from patients. It has done wonders for so many of them. There are a population of patients who just do not respond to antidepressant treatment and this has been an excellent option for them.”

“We find that the rTMS is a very well tolerated, pain free treatment that can easily be incorporated into the patient’s day with very little disruption and, of course, most importantly, it works. The treatment is well supported by research as well as anecdotal experience It adds immensely to our services here”

“Treatment resistant depression is a devastating condition associated with premature death from suicide or poor physical health and an impaired ability to work. We have had a limited degree of success with talking therapies and antidepressant drugs. Now we have a safe third option.” 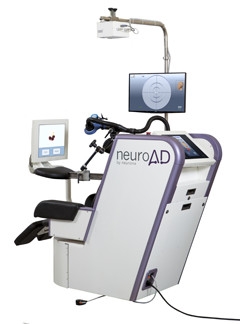 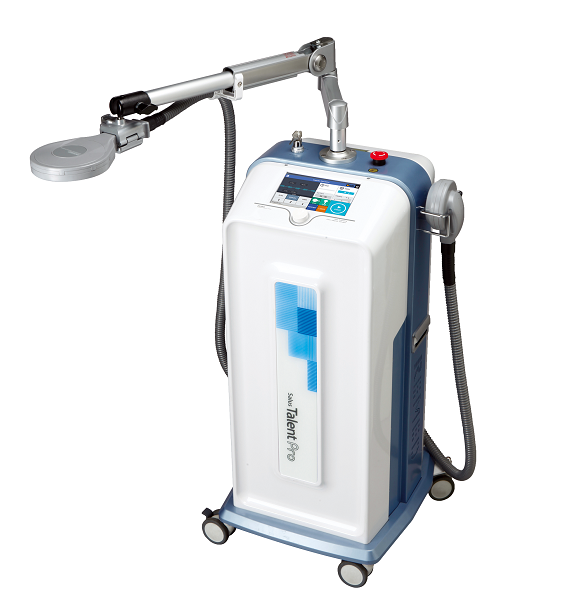 Transcranial magnetic stimulation often causes minor short-term side effects. These side effects are generally mild and typically improve after the first week or two of treatment. They can include:

Serious side effects are rare, they can include:

More research is needed to determine whether transcranial magnetic stimulation used repeatedly over years may have any long-term side effects.

(The numbers of sessions vary from one individual to the next and for each medical condition treated. On average, for depression, 30 sessions over 6 weeks is recommended and for stroke rehabilitation, 20 combined sessions of rTMS and Neurogym is recommended.)

Major depressive disorder is a common recurrent and frequently chronic disorder. Treatment is often challenging; an estimated 20-40% of people affected with depression do not benefit sufficiently from existing medications or psychotherapy. rTMS has been proposed as viable treatment alternative and has been approved as such by the FDA in the USA since 2005. Studies have shown that in people who have failed one or more antidepressants, 6 weeks of rTMS therapy can reduce depression symptoms by ≥50% in 24-44% of people and induce a remission in 15-36%.

Many explanations have been proposed to explain the range in efficacy between studies. These include:

Clinique Neuro-Outaouais has been using rTMS for several years, always seeking to improve its technique.

We now use a neuronavigation system which eliminates the inaccuracy in site location and possible misalignment of the coil. We have adopted a protocol which stimulates both sides of the brain and has been associated with a higher response rate.

**Three and six-mouth outcome following courses of either ECT or rTMS in a population of severely depressed individuals-preliminary report, 2007.

Stroke is a major cause of prolonged neurological disability in adults. Fortunately, neuroplasticity and cortical reorganization has been shown to occur after brain damage from a stroke or other disorders. The brain is divided into two halves called right and left hemispheres. These are connected by a structure called the corpus callosum. Normally, there is a balance of function between the two hemispheres which is mediated by interhemispheric inhibition. When a stroke occurs the affected hemisphere can be doubly disabled first by the stroke itself and second by the unchecked inhibitory influence of the intact hemisphere. rTMS in acute or chronic stroke patients can be used to correct the imbalance between the two hemispheres. rTMS can also be used to stimulate the damaged area in order to potentially encourage cortical reorganization. Both approaches have shown added benefit in recovering motor function after a stroke. The duration of such benefits has varied from 3 months to 1 year. Recently, the rTMS therapy benefit has been shown to be more pronounced if the rTMS is “time locked” ie done in conjunction and prior to physiotherapy exercises. In such instances it could be viewed as “primaning” the brain for the subsequent physiotherapy.

Clinique Neuro-Outaouais together with Clinique Neuro-Gym have developed a unique program of combined rTMS followed by Neurogym training for people with stroke related disabilities.

rTMS in stroke patients is however within the medical community still considered experimental.Many questions remain as to how exactly rTMS works in helping stroke patients recover same degree of motor function and these how best to optimize it.

rTMS in other medical conditions

rTMS is being studied in a variety of medical and psychiatric conditions, these incluse:

The studies in these conditions have so far been small. Results have varied. Clinique Neuro-Outaouais does not presently offer TMS therapy for these conditions. Depending on future research this however may change.

Find more information on TMS in this report from Radio Canada.